Loading
Skip to content
Ships Worldwide | Pay instalment with 0% int
Cart 0
As most of you know, it's Fazura. Let's dive in through and surprise you with more information you probably not know.
Okay, so who's Fazura?
Nur Fazura Sharifuddin is a Malaysian actress, singer, television Host, VJ and an entrepreneur. She began her career in the Malaysian entertainment industry by hosting a television show and several minor acting roles. She was the host of a television show called Teens World. In 2004, she launched her film career with playing the leading role in Bicara Hati which became her break-out role and earned her an award nomination. Later in 2005, she starred in the film Gol & Gincu. -wikipedia

Yes! Gol & Gincu is where I got to know her existence and fell in love with her character.
Fast forward, fate brought Fazura and Puteri Zarith together. Wait, who is Puteri Zarith? She is the founder of beauty products in Malaysia. I have known kak Puteri since my schooling days when I started out to do business. Kak Puteri is humble and nice lady. Very approachable and friendly.
I met her some time ago for some business meeting, and these is what she told me about how they got the idea to come up with TruDolly. First and foremost, Fazura has a very good skin, I swear! I met her during our meet & greet session last year for Celebfest. Can't deny how pretty she is. Check out our video!
So that what makes kak Puteri wonder about how she maintain and take care of her skin. From there....TRUDOLLY was born! Fazura has been practicing healthy diet for years to maintain good complexion and health. She stresses on natural ingredients and believe natural sources would do good to your body. Did you know the main ingredients in TruDolly is what she eats? Now her secret is yours...eh!
TruDolly, made in chewable tablet form is another innovation by Puteri Zarith. Who would have thought? TruDolly comes in a very pretty pink box, contains both Detox Pro and Beauty Booster. Worth it right? Let me explain to you what each product is for. Detox Pro, as the name suggest, will cleanse your colon which is usually the main cause of illness, fatigue, dull skin. It's green apple flavoured by the way! The next favourite is Beauty Booster! We do have this in loose pack too y'know. So you don't waste your purchase.
Many of you would ask, which is better? Let's understand better how this works. Have you ever tried so many products but it does not work for you? That means you need to detox! Because your colon has a layer of toxins which is blocking the vitamins you are taking. 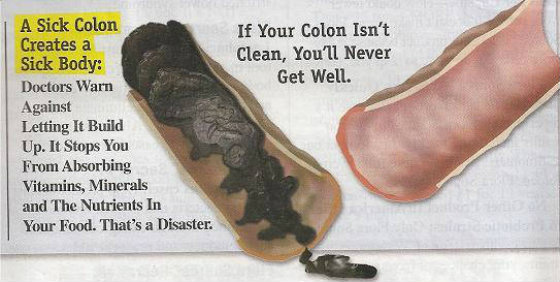 That is why we have it in set. I know you must be thinking if this going to cause you trouble at work by visiting the toilet frequently. Don't worry darling, it does not contain any laxatives. Everything in TruDolly is from natural ingredients. Detox Pro will ease your bowel movement and your body gonna thank you. Your body will feel light and healthy. TruDolly is suitable for both male and female.
Then, you will see your Beauty Booster is doing it's job. VDolly is a modern jamu for womenhood. (excuse us guys) It is recommended for nursing moms, ladies on confinement, for the wives but not limited to all the ladies who went through puberty already. It's like your traditional jamu, improves reproductive system, balance out hormones and gives you energy. Again, this came in chewable tablet form!